The ongoing Big Bash League (BBL) in Australia has been hit by a COVID wave, as a no. of teams in the competition have been badly affected, with their players catching the virus and having to isolate. In a fresh turn of events earlier today, a total of 12 players from the Brisbane Heat squad tested COVID positive and the match that was scheduled to take place between Heat and the Sydney Sixers had to be postponed.

Cricket Australia (CA) has allowed all the teams to sign replacements for their infected players and a lot of teams have actually played some local players as replacements of some of their stars, but in the case of Brisbane Heat, they just didn’t have enough time in hand to find replacements of 12 players.

A team can only participate in a BBL game if they have at least 13 players available, 11 to take the field and at least 2 on the bench. With Brisbane Heat having lost the services of 12 players temporarily, it was impossible for them to arrange a match day squad, which was the reason why the match had to be postponed.

BBL to continue despite COVID cases in a lot of teams

CA has, however, not dropped any hints that they are thinking about postponing the whole league altogether. It has happened in the past that some of the high profile T20 leagues including the IPL have been postponed because of COVID-19 cases and have been played in two legs, but the situation right now is very different from what it was 6 or 7 months ago, as a lot more people are vaccinated now.

Australia is actually one of those countries which were hailed around the world for their management of COVID-19 with strict guidelines in the society and for the people travelling to the country from abroad. However, now that they seem to have eased their guard a little bit with the restrictions, they have been hit by a wave and are registering more cases than they have ever registered, since the start of the pandemic.

BBL is currently not the only high profile sporting event going on in Australia. The Ashes series is underway as well and it’s another event that has been hit by COVID-19, with England’s head coach Chris Silverwood having to isolate right now because of the infection. However, both the Ashes squads are in a bubble and the event is taking place in a restricted environment, even though the spectators are allowed in the stadium. 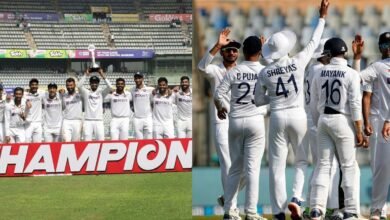