The white ball format is now largely dominated by T20 cricket all over the world and the ODI format seems to have lost its spark. With the increasing popularity of T20 leagues, the longer formats are now fading away slowly and are being replaced by the shortest ones. In some places, even T10 leagues are now being introduced as the players can not devote their time to long formats let alone the audience.

It’s only about reminiscing the time when the ODI series was the most thrilling, and people would stay breathless till the last ball of the match waiting for their best teams to win. Now the players want to get indulged in the short formats as they require much less physical effort as they don’t have to strain their bodies for 100 overs on the field. This has led to the games being more of a batsman game wherein one has to hit at everything coming at them and the bowlers have very less of an edge. Also, scheduling more bilateral series has made the game kind of boring as the competition has become drastically less, with makes the popularity of this overpowered format go even downhill. However, some legends of the game and fans around the world still think of increasing ODI cricket and crown this as the best format of the sport as it used to be, a decade ago. A large credit of this very being the best was the tri-series which were organized back then, which kept the game alive till the very last moment. Tri-series could bring back the lost shine of the ODI format and make the game even more competitive than it ever used to be. Here are some more reasons why there should be more tri-series as compared to the bilateral ones.

A tri ODI series would also ensure elevated public interest, ticket and television revenue, and most importantly, the ODI format’s spark back. 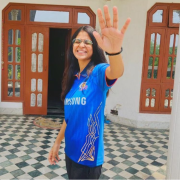 “Champions League T20 the landmark event of my career,” Ravichandran Ashwin credits the now defunct franchise tournament for his development “I personally think these statements are uncalled for”, A Pakistani journalist reacts after Danish Kaneria said PCB doesn’t have the guts to boycott an ICC event in India 5 Bowlers to bowl most expensive spells in IPL history